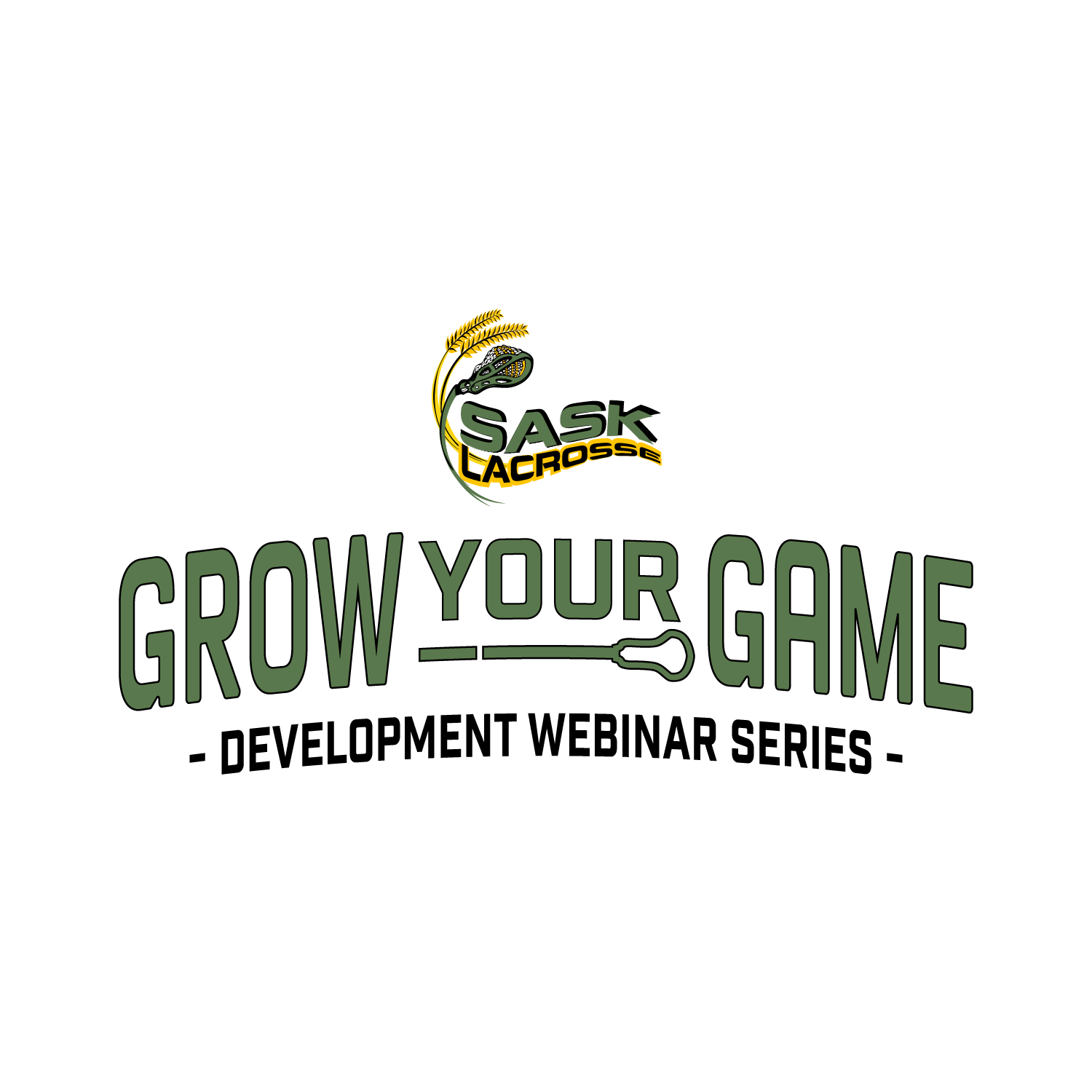 IF YOU ARE INTERESTED IN ONE OF THE WEBINARS BUT CAN NOT MAKE THE DATE IT IS OFFERED, REGISTER AND SELECT WAITLIST IN THE REGISTRATION TO BE NOTIFIED IF MORE SESSIONS ARE SCHEDULED

LIMITED SPOTS IN EACH WEBINAR SO REGISTER EARLY!

Adrian enjoys coaching as much as he does playing and has experience Coaching all levels of minor Box and Field Lacrosse and spent two years coaching Team Ontario and has helped with the Team Sask program.

Adrian will be conducting the following webinars:

After having a celebrated career as a professional Lacrosse player, Bruce moved on to Coaching and is still Coaching in the NLL.    Bruce has a passion for providing opportunities to develop and help ensure players have the best Coaches possible.    When Bruce is not coaching in the NLL he works as the Technical Director for Ontario Lacrosse Association, sits in the Coaching Committee for the Canadian Lacrosse Association and helps develop Coaches in the Team Ontario program.

Bruce will be conducting the following webinars:

Derek started coaching Lacrosse in 1991 after many years of playing.   Derek coached minor Lacrosse for 14 years as well as coached Junior A and Senior A teams.   In 1999 Derek started coaching in the National Lacrosse League (NLL) until he retired from Coaching in 2019.  Derek is one of the most celebrated Lacrosse Coaches with the following accomplishments under his belt:

Derek enjoys helping Coaches develop and always take advantage of any opportunity to pass on his knowledge.

Derek will be conducting the following webinars:

Evan Kirk is a professional Lacrosse player that starting playing Lacrosse when he was 5 years old in Orangeville, Ontario.  Evan is passionate about providing proper development opportunities for Goalies.  Evan excelled in both Box and Field as below is small picture of the places Evan has played:

Evan has been Coaching for 10 years and looks forward to more years of helping to develop the next generations coming up.  Evan runs camps and clinics in Ontario and has helped out with the Team Sask program

Evan will be conducting the following webinars:

Jeff Shattler is a professional Lacrosse player from Toronto, Ontario that has played Lacrosse since he was 3 years old with Wimco Mountaineers minor Lacrosse.  Over the years Jeff has played for many elite programs, excelling in each one, winning multiple MVP Awards (2x NLL MVP), and his favorite award, #1 All Time Scorer for an Indigenous Athlete.  Here is a small picture of where Jeff has played:

Jeff has been Coaching for 5 years and has grows the game across Saskatchewan with his Lacrosse Academy and has helped with the Team Sask program.

Jeff will be conducting the following webinars:

Kyle McDonald is the owner of Competitive Will Performance Consulting. Through 15 plus years involved in competitive sport, along with his academic background in the fields of sport psychology and leadership (PhD Candidate), Kyle has developed a strategic outlook on mental training and the high performance needs of individuals and organizations.

Kyle will be conducting the following webinars:

Ian Wilson is a 4 time World Men’s Field Lacrosse Championship referee as well as an NLL Shot Clock Official who is passionate about developing officials across Saskatchewan.  Ian is one of the Learning Facilitators for the SLA and multiple Official of the Year recipient.

Ian will be conducting the following webinars:

Paige Mason started playing minor Lacrosse with the Orangeville Northmen where she captured several Provincial Championships during her career and received several Most Sportsmanship Awards.  Paige went on to compete in the Ontario Summer Games three times and then Team Ontario and Team Albany.  Paige never stopped there, at the age of 13 Paige played with the U19 Team Canada Women's Field Team where she toured England, and then again from the ages 17-19 where she had the opportunity to tour Australia.   After graduating High School Paige went on to play Lacrosse at the Roanoke College in Virginia where she was a starter for four straight years.   Paige is now living in Saskatchewan where she has found a passion for Coaching her two children and excited to play a large role in helping to bring Women's Field Lacrosse back to Saskatchewan.

Paige will be conducting the following webinars:

Taylor is a Strength & Conditioning Coach (NSCA-CSCS) and Certified Sports Nutritionist through the International Society of Sports Nutrition (ISSN-CISSN). He holds a Kinesiology Degree from the University of Regina (2014), having published a Sports Nutrition focused honours thesis in Creatine Monohydrate Supplementation.  As a strength coach, he has worked with athletes of numerous disciplines, including powerlifters, physique competitors, marital artists, canoe/kayakers, as well as rugby, lacrosse, soccer, football, hockey, and baseball/softball players. As an athlete, Taylor has played premiership rugby in Far North Queensland, Australia. He is also a nationally qualified powerlifter, and a very novice but enthusiastic Brazilian Jiu-Jitsu white belt.

Kristie is a physical therapist that works out of the University of Regina. She obtained her Bachelor's degree in Kinesiology from the University of Regina and her Master's in Physical Therapy from the University of Saskatchewan in 2011. This last year she completed the Masters of Rehabilitative Science program from the University of British Columbia.  Through her experience in Sport Therapy, she has had a vast experience assessing, treating, monitoring, and managing concussions. Due to this, she has done a number of courses and countless hours educating herself on up to date research in the concussion realm. Kristie has always found continuing education and involvement in the profession to be an important aspect of her career. She currently holds a board position with the Sask division of Sport Physio Canada and enjoys learning, teaching and mentoring students.