Team Sask SAVE THE DATE 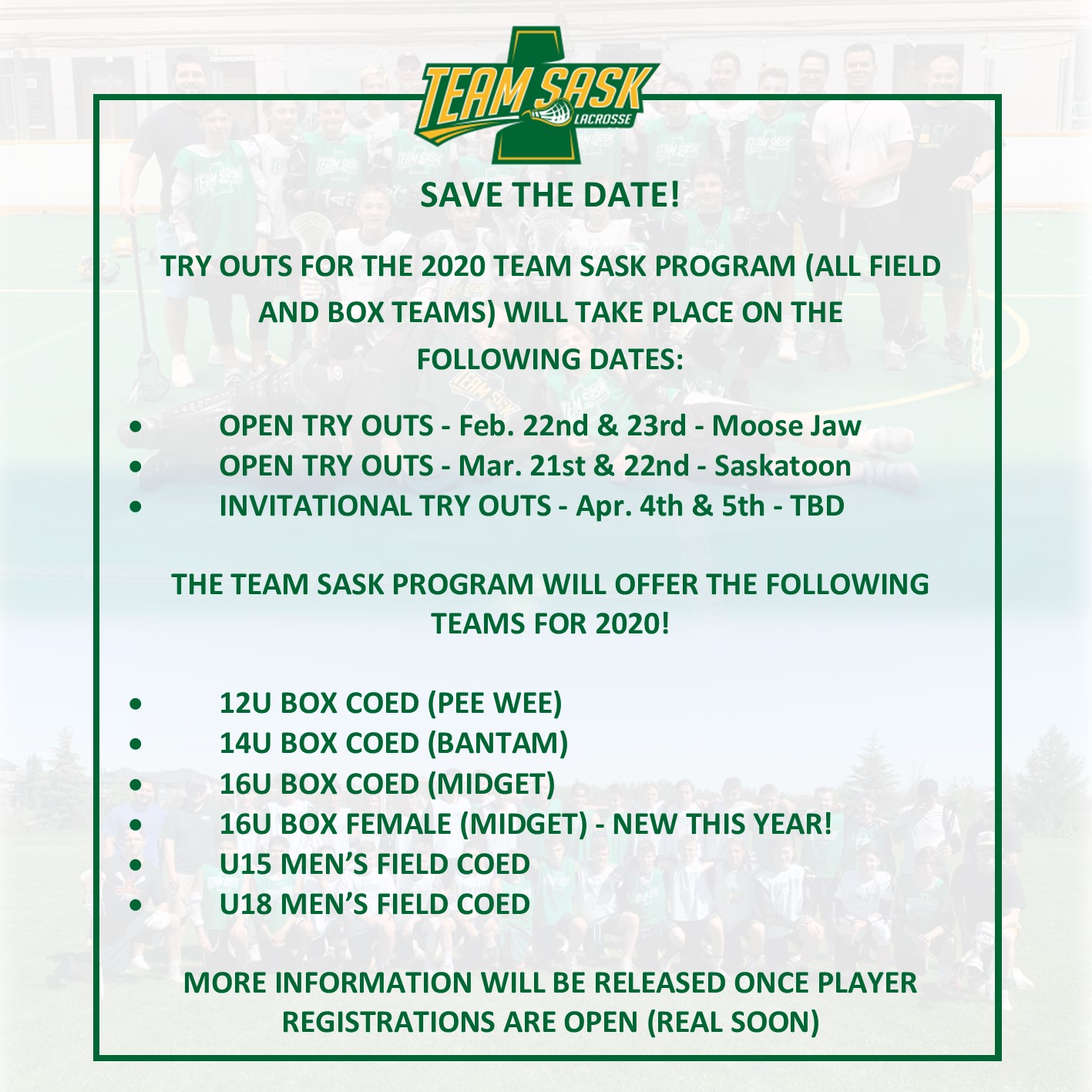 There will be three sets of Try Outs for the program this year, two Open Try Outs that all players are invited too, and a set of Invitational Try Outs which the top 30 - 40 players will be invited to after Open Try Outs.    The Try Out dates are as follows:

More detailed information will be sent out when Player Registration opens (which will be soon!), including what to expect at Try Outs, and what the steps are if a player is unable to attend a Try Out, we just wanted to get the dates for Try Outs sent ASAP so players can start planning!